Raffle registration over
‍The Alphalist is already full!
You can still mint on Public Sale

“Let's raid other NFT collections together
and distribute the loot among our loyal members!“

The stormtroopers of the AlphaSkullz. As spies, they track down new planets and decide if they are worthwhile targets - like Space Ninjas, they are extremely well trained.

Once the Genesis Force has identified a target, they retreat and get their Apex Predators to attack and conquer the planet.

The pact between AlphaSkullz and humanity is made and the target is set.
The Genesis Force is now bringing in their monstrous fighters, the Apex Predators.

There is a ranking of Genesis Force grades within the troop.
Depending on the grade, there are different chances of receiving the loot.

Use $oulz to purchase future drops, characters and upgrades.
$oulz is the utility token for the AlphaSkullz universe. Be loyal and hold it as you will need it!

How to collect $oulz:
In Episode I you can obtain Genesis NFTs. Holding them proves your loyalty and generates $oulz.

While every member of our Genesis Force is a badass killer, they have different ranks and therefore generate different amounts of $oulz when you keep them. 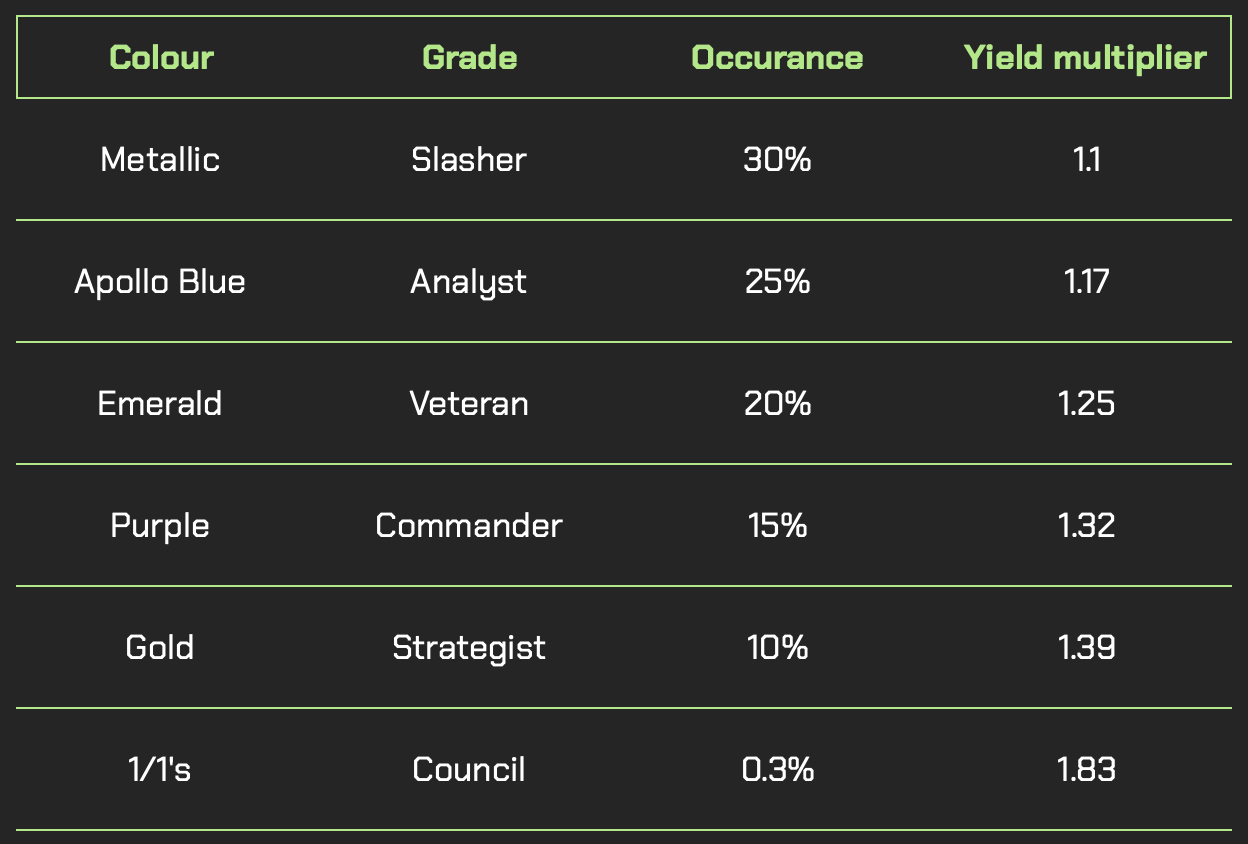 On DeathPlanet there are the Power Rocks.
Connect your AlphaSkullz Genesis Force NFTs to it to charge your power.
With enough power you will be ready to use equipment and tame ApexPredators later.
Don't waste time and get your power! So let's get you set up

A few years ago, we, the Genesis Force (the special unit of the AlphaSkullz), reached your planet and began to infiltrate it. Your strength is rather poor, but you have developed something that interests us: your virtual neural multiverse called "the Internet". It's possible to create fantastic, crazy shit... virtually. No resources are needed and the possibilities are endless. We want to have that.

So we uploaded ourselves to the internet. Since you are not completely uninvolved in this internet, we offer some of you a unique chance. Join the glory AlphaSkullz and become part of an unprecedented alliance. Then you need not fear our strength.

We have decided to create 3,333 NFTs to simultaneously honor our Genesis Force. We want to see how great the will of the humans is to become an AlphaSkull. If this will is great enough and all NFTs are occupied, an alliance between humans and AlphaSkullz will be formed. Sounds fantastic right? Join us and let's do great things!

The Genesis AlphaSkullz PFP collection is the first episode of the trilogy on your Ethereum Blockchain.

Every single profile picture is a unique piece of art and was generated via random algorithm.
Our collection on your “Internet” should be as awesome as we are.

We have done a great job. Each NFT is composed of 100+ traits of 6 levels with varying rarities.
Some traits are rarer than others, with some having very special characteristics that are unique to the individual.

Please note that this is the rarity distribution for the entire AlphaSkullz Genesis Force collection of 3,333 NFTs. Only when all 3,333 NFTs are minted and revealed, the data on Opensea will be correct. So the current data on Opensea is not final.
‍
In addition, it should be noted that the values are approximate percentages and are only meant to provide a rough guide. 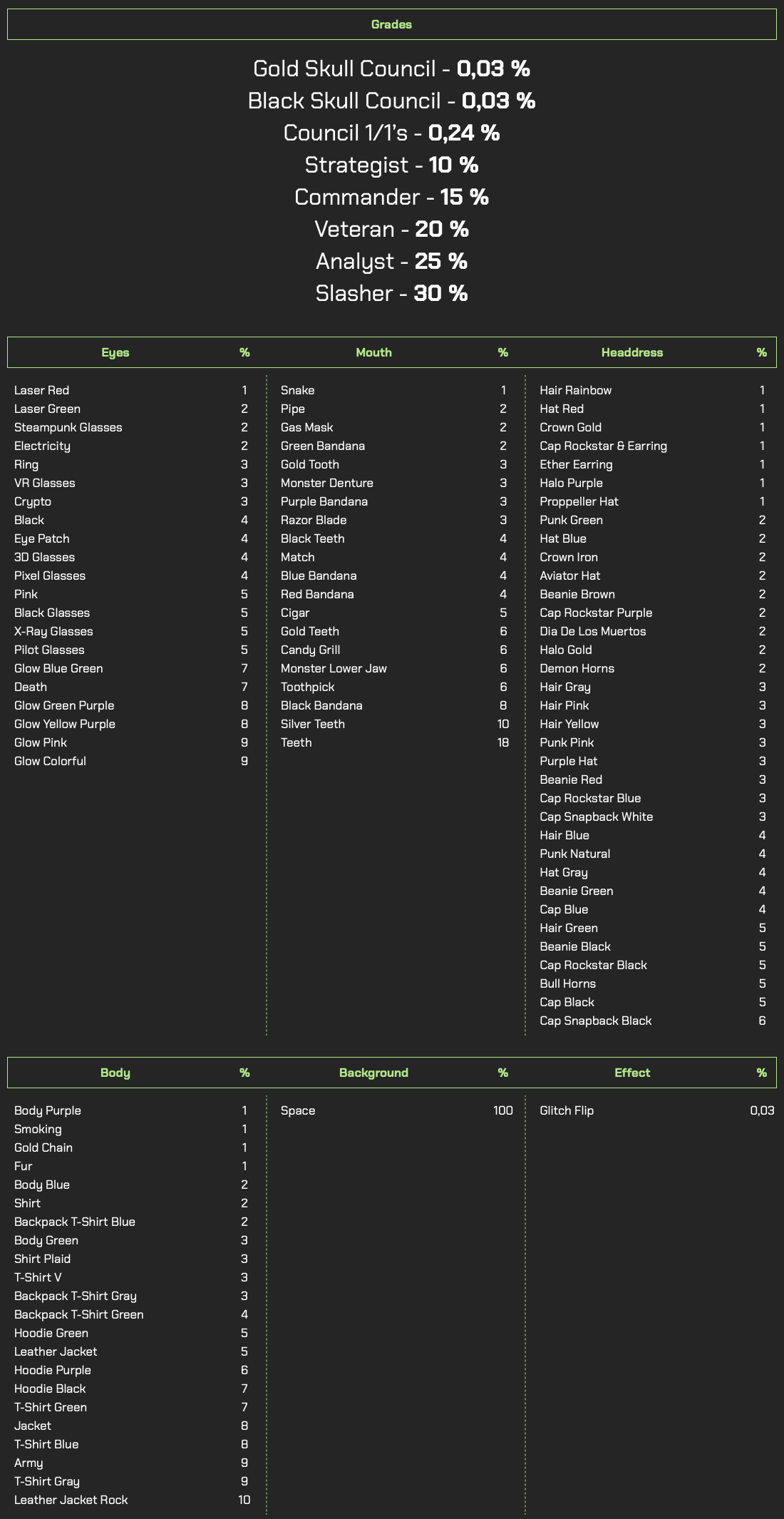 These are powerful creatures commanded by the Genesis Force. They are perfect hunters whose mission is to identify and eliminate the top of the food chain in order to more easily take over the planet.

The Apex Predators are our most powerful weapons as well as being some really sick bastards. They too will be uploaded to the “Internet” and when 100% human assigned, the sick shit will continue even bigger!

A new era of the Internet will begin and everyone who is part of the alliance will become a hero. Battles will be fought and things will be looted. This glorious time will last forever.

The generals are the supreme leaders in the hierarchy of the Skullz. They command the AlphaSkullz troops that are sent to conquer the planet entirely after the Apex Predators have prepared the way.

Our forces grow and our alliance becomes stronger, allowing us to face more powerful and influential opponents. No planet will be safe anymore! 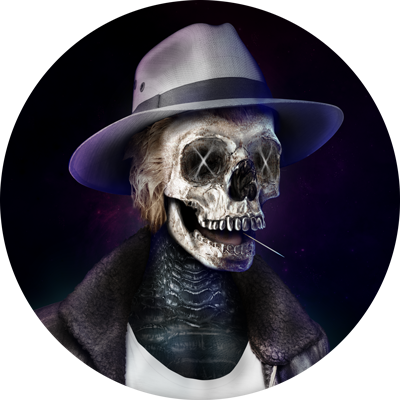 The mastermind of digital art between space and time has been creating the artworks for our civilization in Skull Hall on our DeathPlanet for thousands of years.
As the Minister of the Arts, Pen Punisher is responsible for ensuring the honorable representation of our culture on the Blockchain. 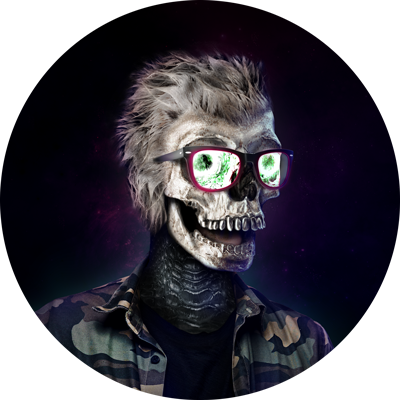 As a member of the Alpha Skullz high council on DeathPlanet, Consul Conqueror has travelled along to oversee the infiltration of your Earth.
He enjoys his job because he has fallen in love with the things you call weapons, which he makes sure to have on hand for every occasion. 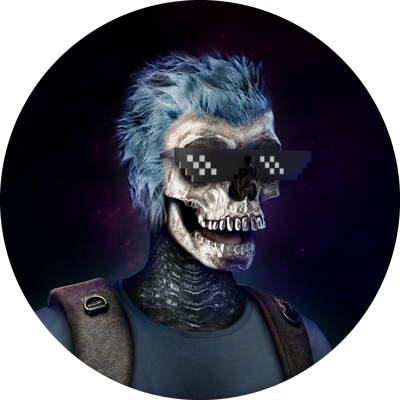 The master of psychokinesis. Neuro Ninja can achieve anything with his thoughts. He can influence friend and foe.
Living most of the time outside his body, he is responsible for forcing the will of the AlphaSkullz across your “Internet”. 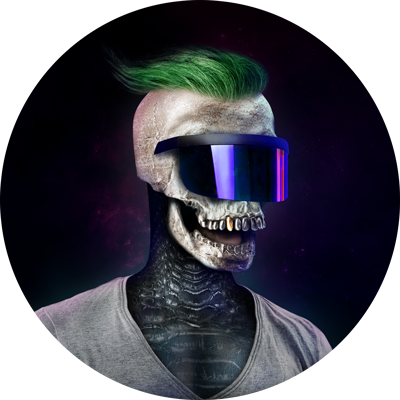 Bit Berserker already looked at your earth a few years ago. When you created your virtual neural network, he came here to study it. Therefore, he is a master in dealing with your so-called “Internet”.

‍Comparable Skill-Set in Earthling Terms:
15 years of technical and business experience in growing platforms with over 30+ millionusers. Co-Founder and CTO of the largest intermittent fasting app world wide, Fastic. Previously,mastermind of the technical infrastructure of one of the largest dating platforms in Europe LOVOO. 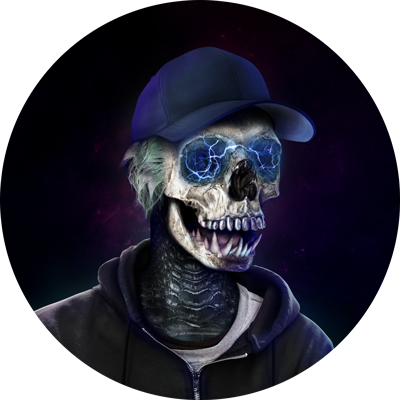 For eons, he has studied our past and transformed it into poetry. He is a master of the written word and therefore responsible for bringing the glorious history of the AlphaSkullz to humanity.
‍
Comparable Skill-Set in Earthling Terms:
10+ marketing professional, branding and growth hacker, 10+ years of experience in dramaturgyand playwriting (7 stage plays already realized)

What is the Genesis Force?

What are the different ranks of the Genesis Force?

What's the deal with this obscure DeathPlanet?

When will Episode II be released?

Where and how can I mint the NFT?

What is the Mint price?

How many NFTs can I mint per transaction?

Where do I see my NFT after its purchased?

When is the reveal?

Why were the AlphaSkullz punished by Duality in the dim and distant past?

Help us do this and prove that you care about our alliance.
Follow us now!